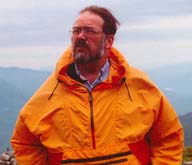 Dr. Drum was born on Ground Hog's Day, 1954. He grew up in Drums, Pennsylvania, a town founded by his Great, Great, Great, Great Grandfather after serving in the Revolutionary War. At the time, it was a Pennsylvania German farming community centered on the German Evangelical Reformed and Lutheran churches, where services were conducted in German until World War I. His family supplemented their income by selling excess garden produce and honey from their 25 colony apiary.

After earning his B.S. in Biology in 1976 from the Pennsylvania State University, Dr. Drum pursued his childhood interest in insects through graduate research at The Ohio State University, where he earned M.S. and Ph.D. degrees in entomology. He taught biology and entomology for six years while serving as academic adviser/admissions counselor on the Lima and Marion Regional Campuses of Ohio State before enrolling in the College of Optometry.

Dr. Drum met his wife, Susannah, while she was pursuing degrees in English and Medieval Studies at Ohio State, following a career in drafting. A native of Newark, Ohio, Mrs. Drum's Great Grandfather was the first mayor. She continues her interest in drawing by creating the artwork for the Lancaster Eye Care ads. Other interests include sewing, including period clothing, jam and jelly making, and flower gardening.

Dr. Drum and Susannah have two children. Nadya and Andrew were adopted in 1992 from the Children's Home in Sarapul, Russia. Nadya earned a degree in Liberal Studies from Lyndon State College.

She currently resides in northern Vermont, where her interests include a poultry meat and egg business. Andrew earned a degree in Early Childhood Development from Plymouth State University. He resides at home. Interests have included piano and harpsichord, light construction, small engine and tractor repair, gardening, baking, and food preservation. Nadya and Andrew trained their team of miniature donkeys to team pole, and the team continue to assist with work on the homestead.

Dr. and Mrs. Drum reside at Graystone Farm in an 1812 post-and-beam farmhouse which was built for Moses Little, founder of Littleton, where they re-create farm life of the late 1930s and '40s. Vegetables and hay are raised with donkey and vintage tractor power for personal use. They produce their own cider, vinegar, sauerkraut, pickles, various jams and jellies, hand-dipped candles, and soap from pan drippings. Meals are prepared on their wood-burning cookstove. Avocations include Nordic skiing and music. Both Andrew and Dr. Drum play classical and period music on piano, harpsichord, American Reed Organ, and banjo.